Dying is a very difficult thing to do.

​Nancy Klein Maguire’s The Monk's Widow takes readers on a brave and rewarding journey. Using journals and recordings made while she and her husband David faced the end of his life, Maguire makes sense of love, intimacy, and death. The Monk's Widow shows two people facing the finitude of life in an intimate relationship and, ultimately, finding their own brave form of transcendence.

The singularity, honesty and vulnerability of The Monk’s Widow creates an authenticity that speaks for itself. It can’t be faked. It’s either real and true, or it isn’t. And so, through its intimate truth-telling, the reach of The Monk’s Widow is deep and wide, bordering on universal. This is beautiful.

Told from a voice filled with vulnerable strength, The Monk’s Widow demonstrates that love stories do not need to fit into a perfect mold in order to be profound and true.

When I read The Monk’s Widow, I was amazed that Maguire is able to articulate her authentic feelings during the twenty-six months of David’s dying. When I consider my husband’s illness and death, I am able to give a generalized statement of my feelings, but not the specific authentic feelings. Nancy’s relationship to David was so concentrated that there was no room for attention to any other subject.

​Your new book is in many ways amazing. As emotionally honest as anything I’ve read that looks at the act of dying. 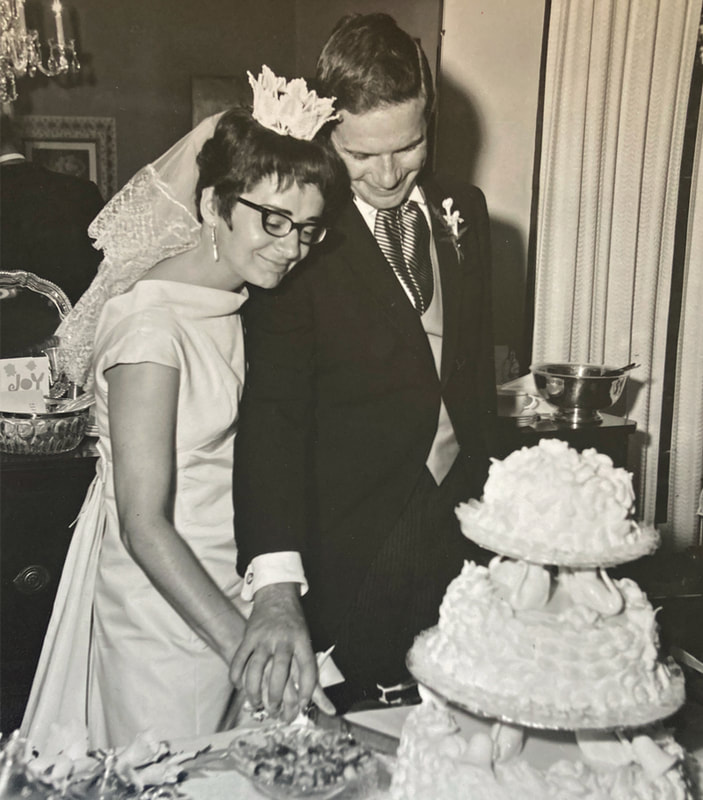 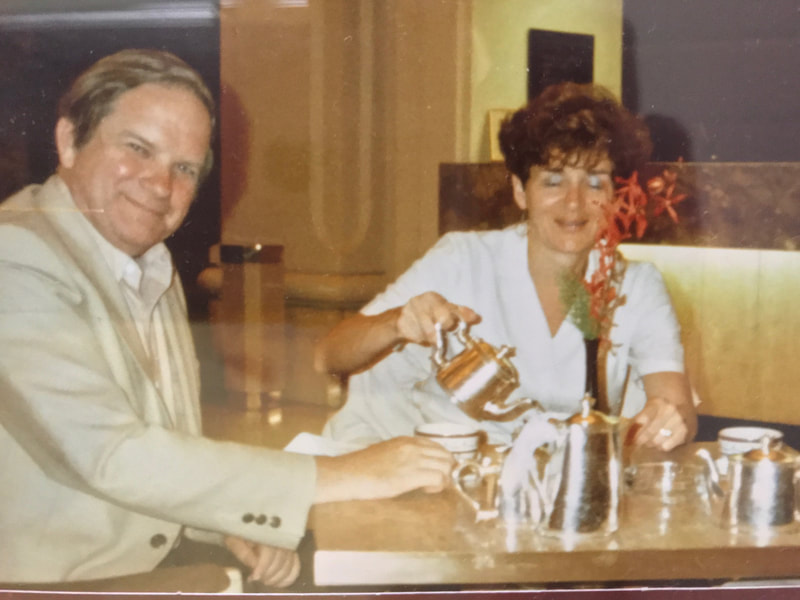 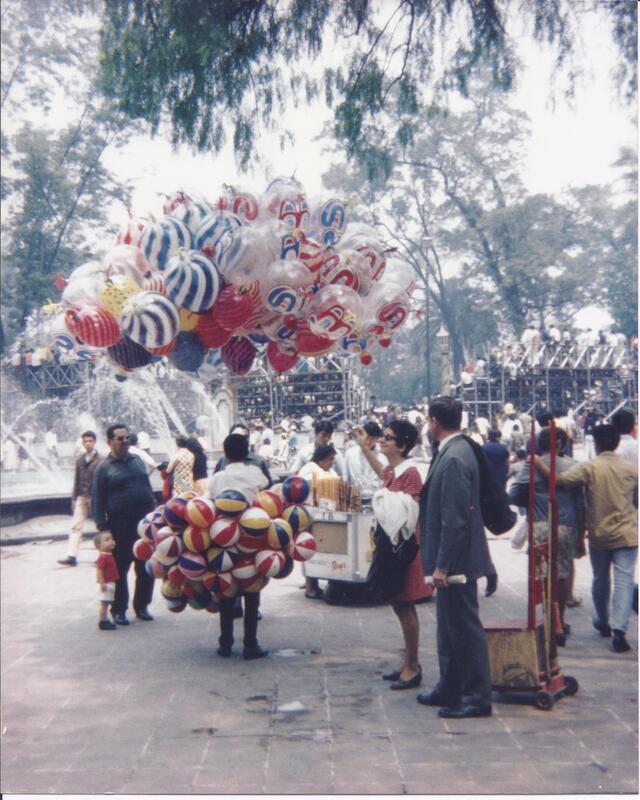 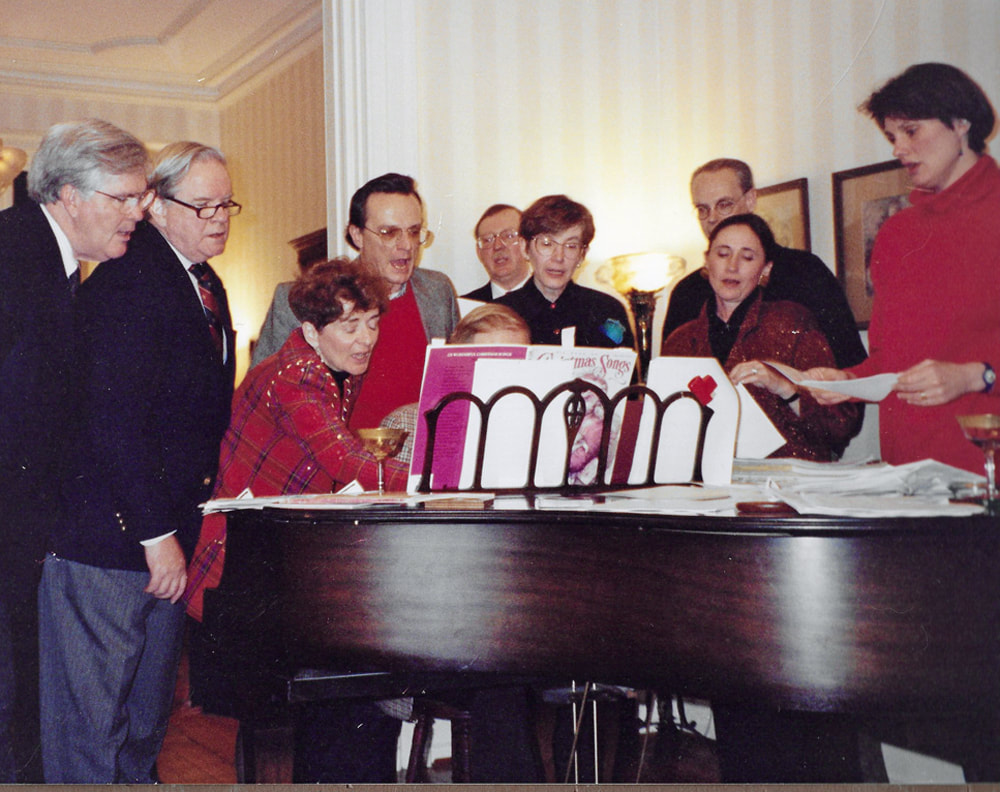 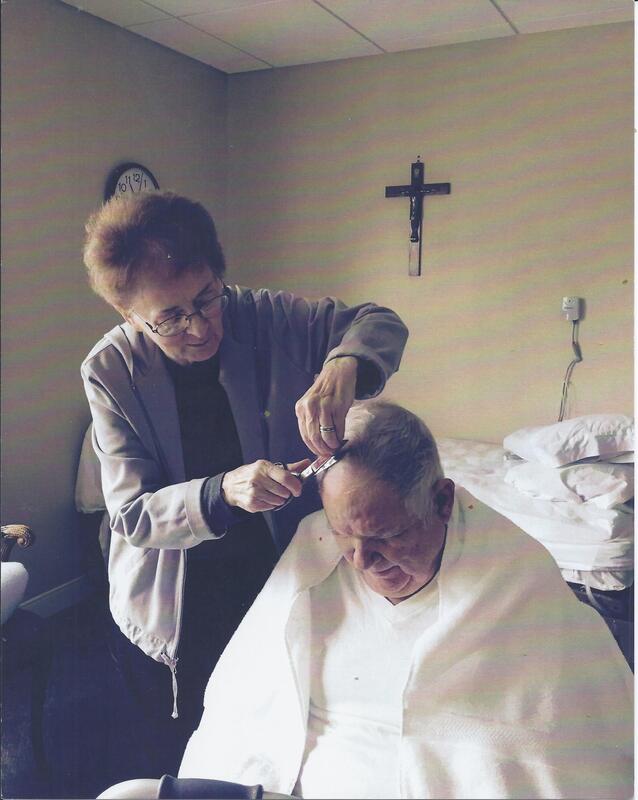 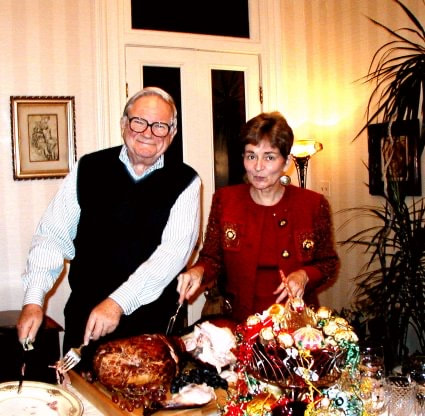 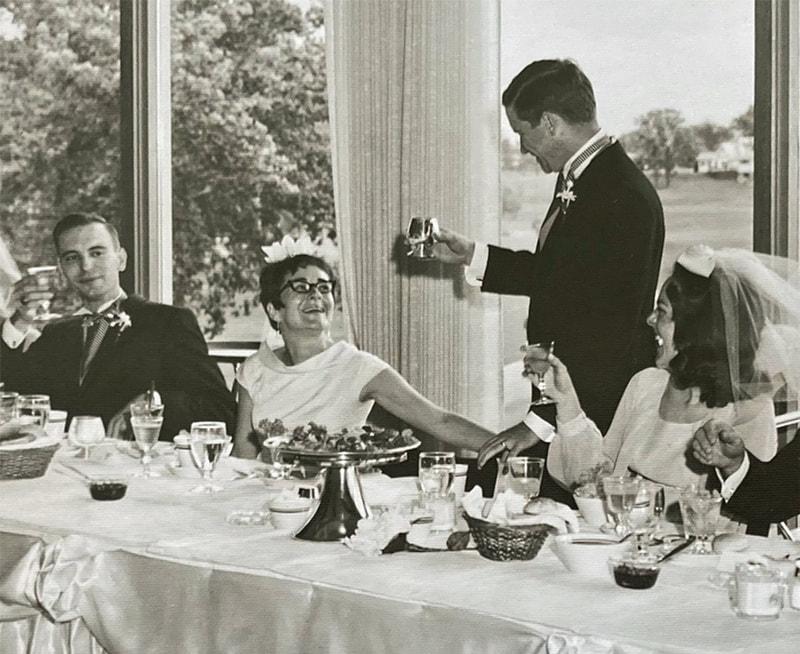 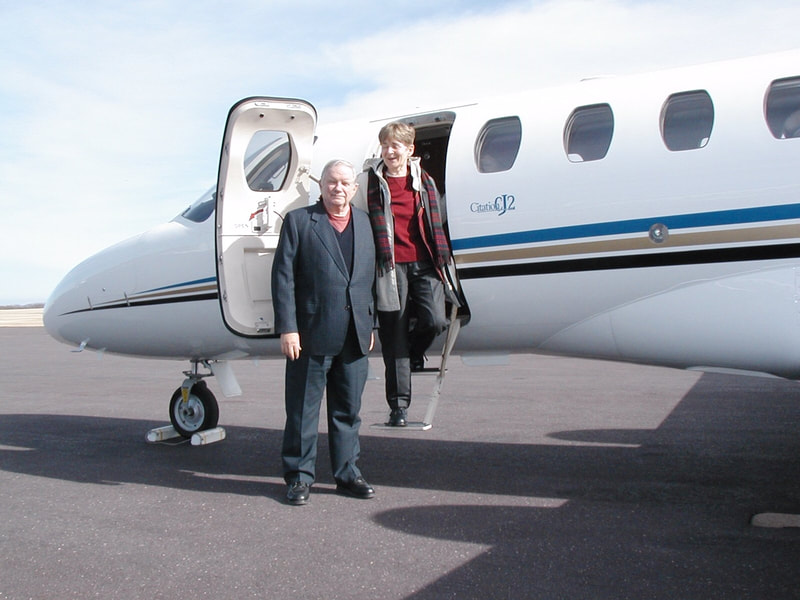 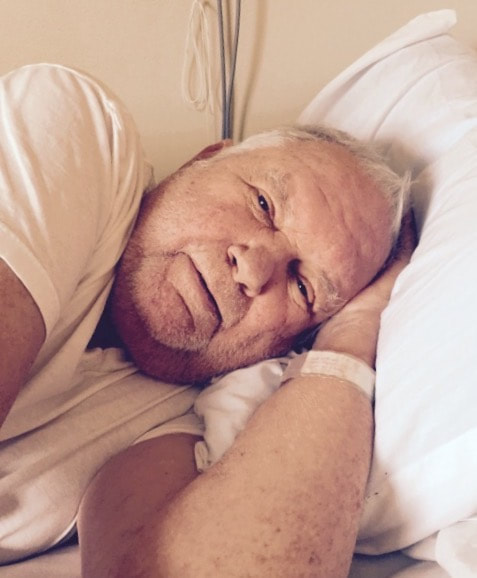 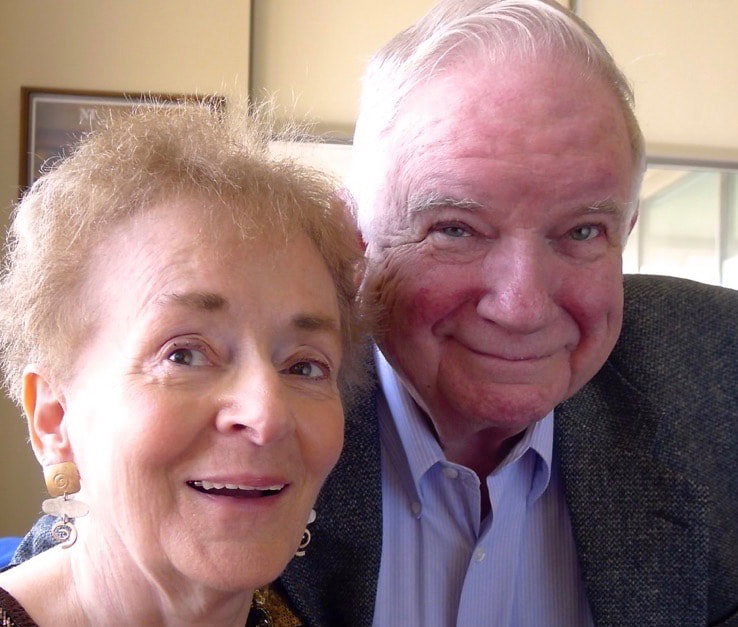 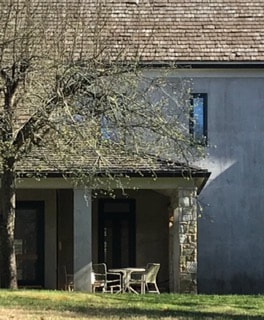 Our home in springtime 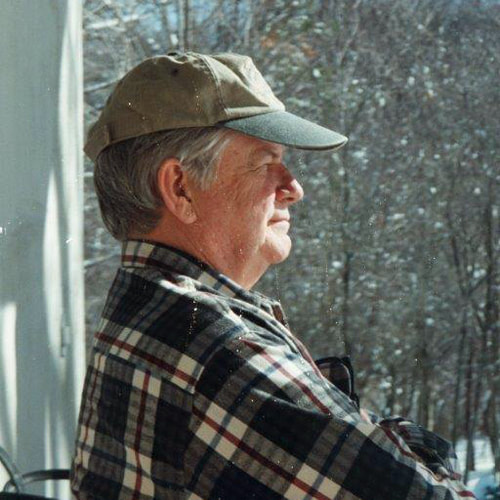 Chapter 1
I found it difficult to maintain a sense of identity being married to an ex-monk. What was our relationship? Not father, not brother, not boyfriend, not quite husband. A monkmate? Not exactly a wife, a girlfriend? Certainly not a mother. What does married mean? Before marrying my ex-monk, I had a sense of identity: spinster, professional and member of a multi-generational family, Catholic. After marrying my ex-monk, I frantically looked around for a social identity that suited my ex-monk husband. I flipped around for five or six years. Then finally, I gave up getting the approval of an ex-monk and decided to build my own separate identity.

Chapter 3
I was too terrified to sleep. I kept my cell phone next to me on the bed. The next morning, Tuesday, when I returned to the SICU, machines filled David’s cubicle—so many I could barely find space for myself. I saw a dead David. What looked like white felt, rolls of surgical gauze, covered and kept in place the tubes and needles which were attached to the machines in his room. The only skin visible was his forehead, and that was charcoal gray. His eyes were closed and sunken. Machines had taken over his body. The only sign of life was a quarter inch of dark brown urine, an image burned into my brain. I maneuvered around the machines so that I could hold his hand.

Chapter 13
When the congregation was in place, I went down to the nave of the church, hugging all the waiting pallbearers, and braced myself for the long walk down the aisle. As I walked into the Church of the Gesu behind David’s coffin, the organist was playing Bach’s Jesu, Joy of Man’s Desiring, on the magnificent old organ. Tears were coming down my face, tears of grief, fear, confusion but what I really felt was pride. Proud that David and I had done what even we doubted we could do. Also, oddly, I felt like a bride. We had stayed the course for twenty-six months, stayed together without faltering, without looking back, steady in our decision.

The Monk’s Widow is not just a book about a terminal illness, it is about love and marriage. With almost brutal truthfulness, Nancy Klein Maguire documents the apparent incompatibility of her husband and herself, charting their Herculean attempt to bind together widely differing beliefs and temperaments. The reader can sense her almost invincible reaching out. She persists in hoping that wholeness is being attained, despite the anguished path.
Nachman Davies, Jewish Contemplative
​
This is a beautifully written and moving account of a shared journey through the borderland of the undiscovered country.  It should be read by all those who must confront the process of dying, whether as family members, caregivers, or medical professionals.
Lee F. Elliott, OD

I liked the first chapter with the vivid description of your different characters, sacred. I met  Dom Philip in your description exactly! Although very witty remarks relieved the reading, I found it very hard to read the following chapters with the description of  your heavy health problems and David’s time in the SICU. Thank you for the present of your book!
Hans Hassemer, Retired Physician, and Carthusian of the 1960s

A Monk’s Widow is a very powerful book.  Thank you for letting me read it. David told you “Do something that can’t be done – then you have a chance of getting it right.” You have certainly done that, at least twice.  First with helping David die, and second with this book.
Amanda Helman Gordon, Author

Wow. You did a really good job of capturing time and what I perceived as a painfully slow slog of dealing with uncharted territory. You captured it so well that I was having a physical reaction while reading it. Definitely not an easy read, but I couldn't stop reading it. Thanks for sharing it.
D. Baumstark, PT
​
​Maguire sheds light on the acts of death, dying, medical confusion and eventually loneliness. With our aging population growing, more and more people  will face these problems but Maguire’s narrative will help them navigate a complex and emotional journey.
Gene Croisant, Retired CEO

It’s a triumph. I sat down to read a few chapters and couldn’t stop. I read all the way through. Your writing is as clear as a bell. The introduction particularly had me hooked - not because it’s about death, but because it’s about life and it’s most sacred partnership, marriage. As a young person who just got married, I can tell you that death isn’t on my mind (yet). But marriage is a total enigma - only the two people who are “in it” can understand the depths and layers that compound over the years.
Emily Miller, Entrepreneur

When I read The Monk’s Widow, I was amazed that Maguire is able to articulate her authentic feelings during the 26 months of David’s dying. When I consider my husband’s illness and death, I am able to give a generalized statement of my feelings, but not the specific authentic feelings. Nancy’s relationship to David was so concentrated that there was no room for attention to any other subject.
Beatrice Belda Pronley, Widow

I’m still reading. I had to put it down for a bit (I was staying up too late reading and I desperately needed sleep.) But I picked it back up this weekend and am going strong. My only comment so far is that I appreciate how raw and emotional it is. And, even though our experiences and relationships with death are different, it makes me feel seen.
M. Silverman, Senior Research Librarian

I got about halfway through but was so emotionally overwhelmed, that I had to stop, and start over again.
A. Ribstein, Widow

What options did David have after we decided to not seek further medical treatment?
What options did I have?
Would you want the extra time that we had? Why?
Would you have continued seeking experimental medical treatment? Why?
Do you approve of medically assisted death?
​Should we have divorced? When?
Would David like this book? What would he have changed in the book?
Would he have wanted you to write it?
Did David find his God?
How aware have you been of people dying alone during Covid 19? How have you reacted to these couples?
​What did you learn about yourself during the pandemic?