An Infinity of Little Hours

FIVE YOUNG MEN AND THEIR TRIAL OF FAITH

An unprecedented look inside a secretive world unchanged since the eleventh century.

​Interview: NPR Talk of the Nation with Michelle Martin 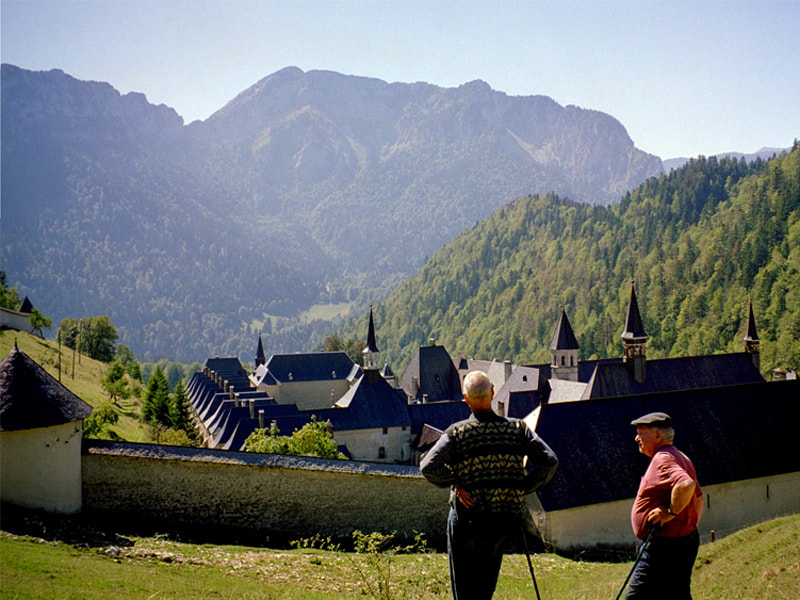 Looking over the walls of the Grand Chartreuse 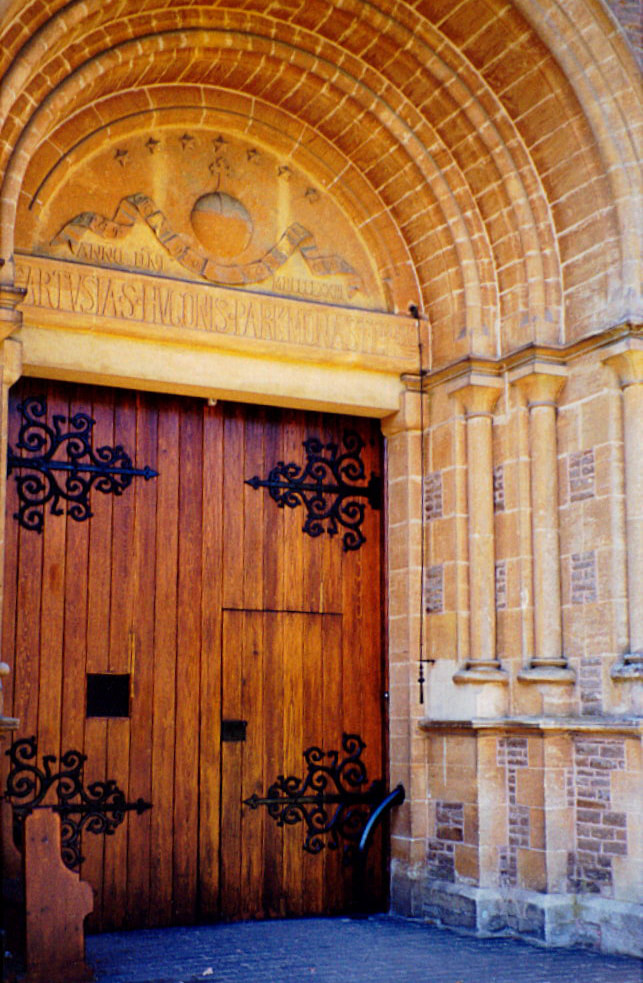 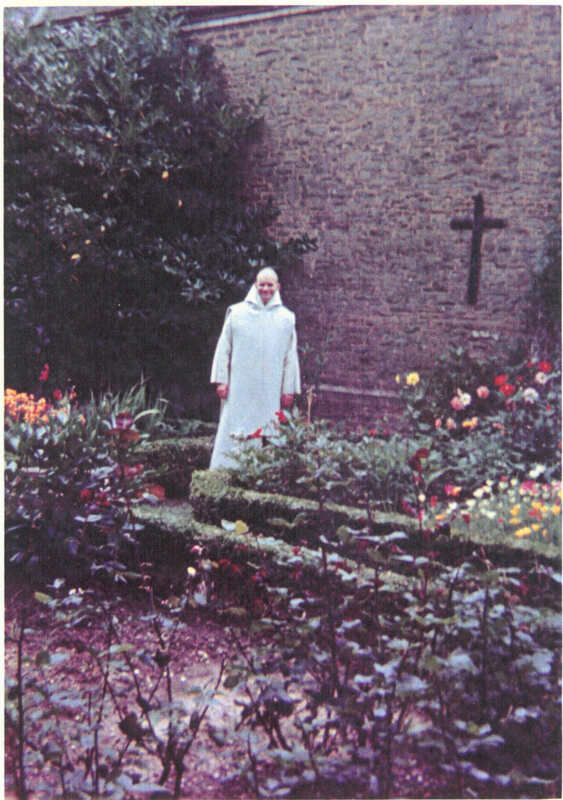 Dom Philip in the garden 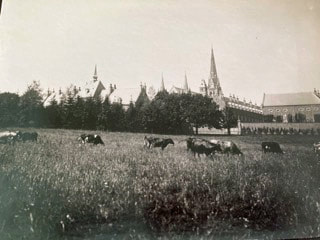 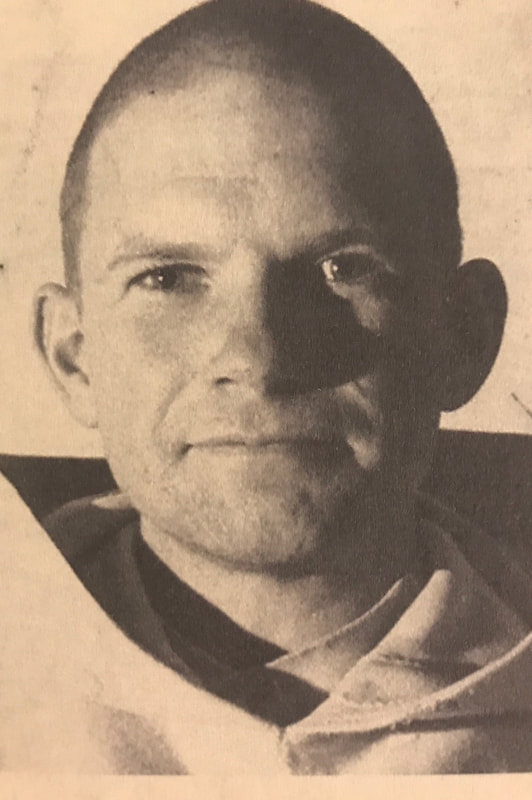 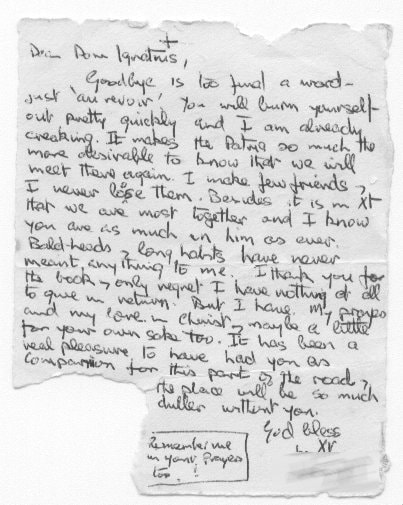 A note Dom Leo wrote to Dom Ignatius when he left the Charterhouse. 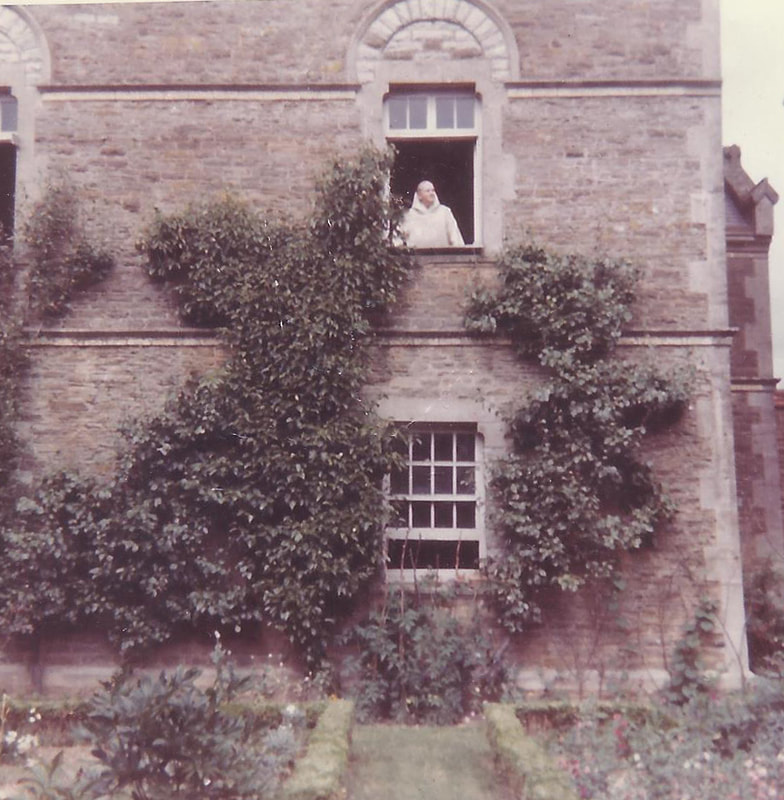 Dom Philip in the cell 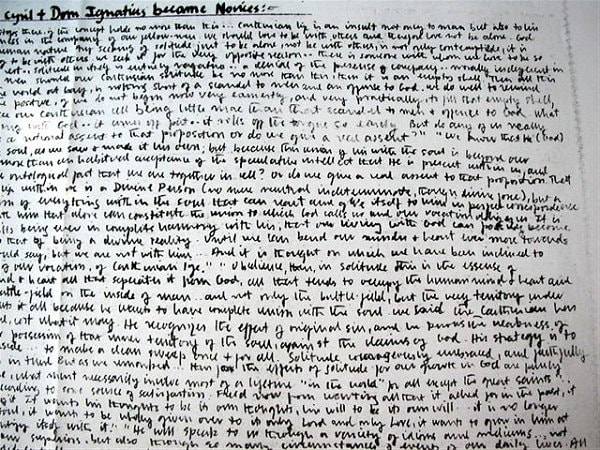 A novice’s copy of the sermon Dom Joseph gave when Dom Leo and Ignatius were received into the novitiate. 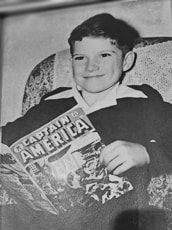 David in the 3rd grade

Carthusians mark time, not by decades, years, hours, or days, but by the liturgical year, the seasons of the Church. Their time is out of time, directed, not by business opportunities, not by social engagements, but by the tolling of the immense church bell. . . . In the microcosm of his cell, the novice observes the changes of the natural year in his garden, secluded from any other view. After the dead of winter, he sees shoots springing up in the garden, and he plants, digs, and weeds. During the few hot spells in summer, he carries buckets of water from the bottom floor of his cell to keep the garden alive. In December, he watches the last rose in his garden fade and crumple. The novice strains to hear the silence. A bird flies overhead, a cricket chirps, he drops a hoe, his boots squeak as he walks around his garden, a pear drops from the espaliered tree, he hears the scurry of a mouse . . .

As pragmatic as he was, on this night even Dom Philip resonated with Dom Damian’s excitement of being alone in the universe, standing guard while others slept, on duty during the time the devil prowled the earth like a lion. Dom Philip wondered if Dom David was again fretting over Christmas away from his family, without presents, or other observances. He had told Dom Philip that during Night Office, he started to get almost visual flashes and smells of home, jumping right out of the office books. But Dom Philip walked back to his cell, cowl up, holding his lanthorn in his right hand, savoring the cold crispness of this particular Christmas morning. In the midst of all his intense work, Night Office had done its work and produced harmony. God had spoken to him. Quies.

When I last met with Dom Columba, he explained that when he rereads Theresa of Avila’s Interior Castle, he stops to pray: “because she makes you see that God loves you—the whole point of Carthusian life.” Then, from memory, he quoted St. John of the Cross: “what will take place on the other side when all for me will be overturned into eternity; I don’t know. I believe, I believe only that a great love awaits me.” As most old people would say, he commented, “It’s not hard to die when everyone you know is dead.” In his words, he is “so old and coming to an end.” I walked with him from the extern Guest House to the Gatehouse door where forty years earlier five young men had rung the bell; when we parted, he shook my hand and said very factually and non-emotionally, “see you in another place.”

Chicago Tribune
“Maguire’s book is also superbly understated, but clings to the reader’s thoughts like the scent of incense. Using letters, journals and interviews, she retraces the steps of five young men in the 1960s who aspired to be Carthusian monks. Her visits to the Parkminster, their ancient home in Britain, provided “a portal to the eleventh century,” Maguire writes. The spiritual musings of these young men — who will stay, who will wash out? — are intriguing, but Maguire also is a sensitive chronicler of how the place actually feels: “Nothing is quite clean, dust is in the air, and the damp is pervasive and permanent, getting deeper into the walls each decade … Always there is the smell of damp, sweaty, wool habits.” - Julia Keller (November 2007)

Washington Post
“In An Infinity of Little Hours, a riveting and sympathetic account, Maguire has reconstructed the experience of Henley and four other men who made their way to Parkminster, the center of British Carthusian life, in 1960.” - Lauren F. Winner (April 2006)

Los Angeles Times
“…to Maguire’s credit, she avoids the more competitive, reality-show aspects of the challenge, focusing instead on the spiritual process. Some cannot bear the cold. Others languish from the loneliness and feel acutely that their life is wasting away… Still it is fascinating to enter, if only for a few hours, into this way of life, where extreme devotion forms at least a bit of a bulwark against humanity’s digressions.” (March 2006)

National Catholic Reporter
“What Ms. Maguire has set herself to do-and she does it brilliantly-is to make real to us what one might call “the Carthusian experience,” but the experience of an order that, in 1960, was still almost exactly as it had been in the 11th century, when St. Bruno built his hermitages on the mountain of the Grande Chartreuse… Thomas Merton writes of the stress endured by a musician who must cope with the pressures of the plainsong, but Ms. Maguire makes this pressure even more understandable than Merton himself. The three hours of the night chant, from about 11 p.m. to 2 a.m., become very real to the reader." - Sr. Wendy Beckett (July 2006)

CRISIS Magazine
“The hours and years Maguire spent tracking down, e-mailing, interviewing, and finally meeting these reclusive men have borne a deliciously intimate fruit; the book reads like the very best sort of psychological novel.” - Elizabeth Thecla Mauro (May 2006)

Publishers Weekly
“Through painstaking research including countless phone conversations, 5,000 pages of e-mails and a reunion of the five men in France, Maguire creates a personal, sympathetic and amazingly detailed description of an ancient order and its contemporary adherents, traveling ‘toward inner space within the confines of their solitary cells.'” (December 2005)

Kirkus
“A moving look at the human search for communication with God at perhaps its most extreme.” (January 2006)

The San Diego Union-Tribune
“Nancy Klein Maguire immerses us into the mysterious world of this ascetic order with admirable detail and clarity.” - Sandi Dolbee (March 2006)

The Seattle Times
“Maguire’s years’ of labor bore fine fruit. She preserves the hermetic, harsh life of the Carthusian monks-fiercely defended by adherents; piercingly difficult for those who stayed and those who ultimately left its confines.” - Kimberly Marlowe Harnett (April 2006)

Science and Spirit
“Forty years after their final days in the Charterhouse, the four former monks reunite. They confess that their re-entry into the outside world was painful and disorienting. Yet in their old age, they still carry their time in the Charterhouse with them, believing, as one of the ex-monks tells Maguire, that ‘the graces received have changed something deeply within.” - Bill Williams (July-August 2006)

Deseret Morning News
“The five young men she writes about saw what they wanted in the faces of the oldest Carthusians. They wanted a life that lights a man from the inside.” - Susan Whitney (May 2006)

Busted Halo.com
“An Infinity of Little Hours is too nuanced and layered a book, too deeply humane, to be called sad or defeatist: starkly beautiful might be more accurate. Maguire is a wonderfully erudite and sensitive guide to the Carthusian worldview. Through her clear, intelligent prose, we come to understand why her five novices are willing to risk everything in a mad, exhilarating search for the divine.” - Robert Anthony Siegel

And thank you for allowing me to shamelessly use your "poetry". On my Swedish account, the quote got praised for the brilliant use of words, "like an exhalation, losing and gaining it all". By the way, I'm reading your new book now, totally mesmerized! What an excellent work you've done!
@hermitage_of_st_bruno (July 2021)

A starkly beautiful insight into the Carthusian order, a monastic tradition which I believe is most important. This little phrase, Secretum meum mihi, from the incredible "An Infinity of Little Hours" by @nkmaguireauthor sums up my interior life and faith in three words now etched in the deepest part of my being. Thank you Nancy for such an inspiring read, I am savouring every page.
Jason Harringan (June 2021)

You've given us all a tremendous gift in the sensitive and beautiful accounts of a life most devout people will never know, but wish for a taste of.
Rev. Alexander MacPhail (April 2021)

As a business development professional, I purposely sought out this book about monastic life to see what I could do to lessen the noise in my daily life. An Infinity of Little Hours will make the religious and non-religious understand better that long, lonely walk up to the main road to leave everything behind. I visited La Grande Chartreuse in France during my last trip to Geneve to breath their air and to consider whether I am mentally strong enough for life in the desert. This book is been an inspiration about limits, silence, and the commitment required for any path.
John Zahaitis, International Business Development at Export Portal (December 2019)

I read An Infinity Of Little Hours three times. I’m super excited to hear there will be a continuation of the story of one of these young men. I’ve always been fascinated with religious life, the more austere the better. I often pick it up to “spot read“ when my soul need a respite In a contemplative monastery.
LeeAnn Williams, Religious Educator (October 2019)

An Infinity of Little Hours hits it out of the park on all levels. So much “new” information to absorb about a world (before you!) closed to all, and such a beautiful sensitive portrait of what the five young men experienced at Charterhouse, before entering and after. WOW! I truly hated to be finishing “the savoring” of your the book –as I did last night. I feel like I’ve left a close and intimate friend behind. (For me) your writing is much like the late Bill Maxwell’s: clean and clear—yet with multiple levels of complexity and information on any one page. Truly extraordinary! What a tour de force. Congratulations!!
Rebecca Lambert, NED Biosystems (March 2019)
​
“I just finished reading An Infinity of Little Hours. One of the most astonishing and affecting books I’ve ever read. Thank you.”
David Popely, Liminstter, UK (July 2017)